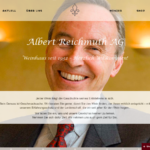 Last Year Alex of fullframestudios.ch and rainbat teamed up with Nadine, the descendant daughter of one of the oldest wine shop dynasties in Zurich, Switzerland.

we were amazed, the business still operated on a terminal based OpenVAX System, as they were common in the 1980’s. And they were efficient and operating pretty fast with keyboard shortcuts in a VT100 terminal emulation on a monochrome screen … WOW! time to get the C64 out of the closet again.

of course, many things were missing in the setup, like SQL reporting, identifying top 100 customers for mailings (BY SNAIL MAIL OF COURSE) – and mostly a tight integration with their online presence.

thats were rainbat came into play …

we organized a project with fullframestudios.ch and exima.ch to bring them into the year 2017. exima.ch provided the know how to migrate all data from the old system into SelectLine, Ruud did a great job – meantime Nadine of reichmuth and rainbat built a first prototype of the new Woocommerce based webshop.

after a couple of month of prototyping, fullframestudios.ch Alex teamed up with the project with clear ideas of usability and navigation in the new web experience for the user.

and what came out is probably the most beautiful wine shop experience ever since humans started fermenting grapes. the shop is an interweaved user experience between story (who makes the wine), menu recommendations (what to eat with the fancy bottle) and process (put it into the basket and pay).

the whole backend process, with replicating the SelectLine Pricing, Regions, Categories to the actual Order Information is completely automated in a Windows based PHP Script, that tightly works with MSSQL, MYSQL, and woocommerce in order to keep all information in sync across the intranet and web portal.

we wish reichmuth-weine.ch all the best and are happy about every successful order coming in via the web.

(exploring a wine bottle picture with an online zoom tool amazed many customers, try it yourself) 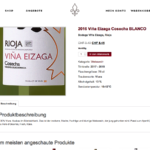 2016 was all about TimeTracking, all of the sudden 3 clients needed solutions to track the time, their employees spend on projects. In Switzerland this has a legal background, it is now mandatory for employers to know the work hours of each of their workers.

together with www.mojosoft.ch we developed the following care solution for homecare professionals, that need to track their time spent in the car and with the patient, as well as note taking and vital parameters like blood pressure and weight.

the user plans his day in the normal iCloud calendar, this can also be done by a central planning person, that has access to the shared calenders of several employees. 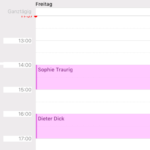 when the user launches the WebApp the “MyDay” view shows the planned events from the calender. The User can now click on the Buttons to start/stop the time spent on the road and with the patient 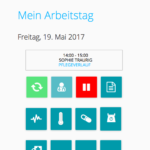 notes can be taken about the session … 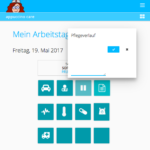 and the notes taken by collegues can be checked. This collaborative feature encouraged all users to refine their notes and communicate to the others important aspects about the patient 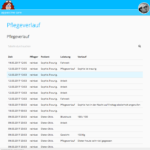 eventually, a cron job writes all the data to excel sheets, one sheet for the employee time tracking, and one for the patient time, which is linked to the billing module of the client. 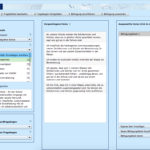 it all started out in the Pizza Blitz in Oerlikon – not quite the Silicon Valley of Switzerland, but nevertheless – for us it was.

Raphael from Pulsmesser and Dominique frequently met for – you guess? -Pizza Lunch there and slowly the idea was born to develop a software for schools – that would help them in their quality management.

That was only the Beginning, soon we were contacted by Matthias from the FHNW, a large institution funded by several swiss cantons about a project.

Together with swiss federal representatives and quality assurance gurus, EvalTool was born. It turned out, that FHNW already made up huge item pools around quality dimensions, i.e. questions around the same subject, that could be asked to the parents, the children, the teachers, the school board – and all rainbat had to do, was pack it into a tool and make it accessible to the users in a guided assistant.

This is where Adobe Flex came into the Show – in 2006 the Browser World of the Userbase (the teachers) was simply uncontrollable – it ranged from Windows XP and IE to Mac Computers and some Safari Version XY to who knows what – some even had javascript disabled, because the administrator was convinced it’s an evil checkbox …

Adobe Flex produces Flash Files that run inside the Flash Player on the Clients Computer and thus provided an equal experience across all platforms. And we jumped on it – those days about 5 long-term projects were based on Flex – and it really worked – the first Version of ISD, another Pulsmesser Project was actually an Adobe Air Programm distributed on Memory Sticks to the Teachers – and it worked like a charm.

So one said day, Steve Jobs made it clear in an open letter to Adobe, that Flash will never be part of the iOS world, and surely be blocked out of the Mac World entirely – that was a bold move – it pushed us to the rewrite of several projects.

It turned out not to be a big problem – fortunately angular rose to the point, where binding data from HTML forms to XML and JSON, exactly what Flex was so powerful in with its Two-Way Data Binding, was also possible. Unfortunately Angular was not really in our Heads those days, but an Indian based Company called iFlair could do a sensational job in translating the Actionscript 3.0 and MXML Code to Angular and PHP. They did a great job! The code they produced is so exact and readable, that maintaining the Application and Bug Fixing / Extending the code base is a no-brainer for us.

… and that brings us to the …. Ducks – the mighty Ducks – what you may say? well read on then 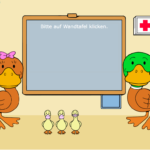 Eventually, the mighty Ducks asked a standard set of questions to over 18’000 children in the canton Aargau in Switzerland. This is quite an amazing data set now, the questions address gender, age, support of the teacher over time in the canton Aargau and are a valuable resource now, whether interventions in the field of teaching had any effect in the perception of the children.

To us, the Duck project until today is still one of those heart projects that as a programmer you can’t let go, because it does have a clear and observable impact on the daily practice at schoolds – it’s a window into the young minds and we can understand a little bit better what they think.

Together with the Design Artist, a second set of Pictures was designed this time with Monkeys – now the Monkeys are not in the field yet, because the Speech Engine “OpenMary” was somehow not up to the Task – for a while it sounded like Terminator Arnold would ask the Questions – this year, the output got much much better – so we are on the task of integrating OpenMary, the Monkeys into a custom questionnaire tool, suited for children. 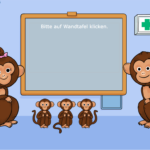